Frida came from Norway to Sweden after World War Two and grew up outside of Eskilstuna. Frida performed in public for the first time at a Red Cross charity event when she was 11 and, by the age of 13, she was performing with a dance orchestra in a restaurant in Eskilstuna, lying about her age as she would have had to be 16 to do this kind of work.

Later, she joined a jazz band, where she met her first husband Ragnar Fredriksson who played the bass. In 1967, Frida took part in the talent contest Nya Ansikten [New Faces], which she won with the ballad En Ledig Dag, and the first prize was a performance on the prime time TV show Hylands Hörna. After that show, Frida got a contract with a record company and released a few singles.

To continue her career as a singer, she left her family and moved to Stockholm where, among other things, she performed in night clubs with the artist Charlie Norman. It was at that time she met Benny Andersson.

In 1971, Frida released her first album Frida produced by Benny. The best-known songs from this album are Tre Kvart Från Nu, Min Egen Stad (Swedish version of The Hep Stars' It's Nice To Be Back Again) and a cover of Benny and Björn's 1970 composition Lycka.

Solo work during the ABBA period

In 1975, Frida released her second solo album Frida Ensam. It was produced by Benny and included work by Björn and the regular ABBA studio musicians, with Stig Anderson the executive producer. The album included the original Swedish version of Fernando (with lyrics that were quite different from those of the later ABBA version) as well as David Bowie's Life On Mars, The Beach Boys' Wouldn't It Be Nice, and 10CC's Wall Street Shuffle in Swedish to name a few. It was Frida's first real success as a solo artist, reaching number 1 and going platinum in Sweden.

In 1982, Frida released her first English language solo album Something's Going On, produced by Phil Collins, the drummer and lead singer for the group Genesis. The first single from the album, I Know There's Something Going On, was a big hit worldwide and particularly successful in the USA (#13). To Turn The Stone and Here We'll Stay (with only Frida on vocals) were released as follow-up singles.

During the recording of Something's Going On, Frida contributed the spoken verse to Adam Ant's song Strip (uncredited), also produced by Phil Collins at Polar studios.

In 1983 Frida recorded studio duets for the children's musical ABBAcadabra in French (Belle) with Daniel Balavoine and English (Time) with B.A. Robertson. Both used the melody of the song Arrival.

Frida's 1984 album Shine was recorded in Paris with Steve Lillywhite producing (U2, Simple Minds). The album included the track Slowly by Björn and Benny (later featured on the Gemini album). Frida also wrote some songs during this period, three of which were released. Don't Do It and That's Tough were released as an album track and B-side, respectively, while I Don't Wanna Be Alone was recorded and released in 1985 by her son Hans Fredriksson with his band FX. Other European singles released from the Shine album were Come To Me and Twist In The Dark.

Frida's next musical projects were in 1987 when she had another hit song in Sweden with the group Ratata, recorded both in Swedish and in English: Så Länge Vi Har Varann / As Long As I Have You. Later that year, Frida also appeared as part of the choir on Benny's Klinga Mina Klockor, marking the last occasion to date on which the two have worked together in the studio.

During this period, Frida became involved in several environmental and children's charities including Artister För Miljö for which she helped organise a concert during the Stockholm Water Festival in August 1992, marking her return to music after a five-year absence. Several Swedish artists performed along with Frida, including Marie Fredriksson of Roxette, and a single Änglamark was released, which also featured as its B-side Frida singing her version of Julian Lennon's Saltwater.

In November 1993, she appeared in a command performance singing Dancing Queen a cappella with The Real Group in honour of the 50th birthday of Queen Silvia of Sweden, a close friend of Frida's. This was recorded and released on The Real Group's 1994 album.

In 1996, Frida returned with a the album Djupa Andetag, which was produced and written by Anders Glenmark of Gemini, with Frida contributing lyrics to the song Kvinnor Som Springer. The CD also had an interactive element containing videos, photographs and a question and answer session with Frida. The album reached #1 on the Swedish charts and was the #9 best selling album in Sweden for 1996. Single releases were Även En Blomma, Ögonen and finally Alla Mina Bästa År, a duet with Marie Fredriksson of Roxette. This is Frida's last album to date.

A 2 CD compilation album Frida 1967-1972 was released in October 1997, including her work while at EMI: pre-ABBA singles, her first full album Frida, B-sides and performances from radio and television shows.

Frida lost her daughter Lise-Lotte in 1998 and her husband Ruzzo Reuss to cancer in 1999, whom she had married in Denmark in August 1992. She reportedly had recorded some demos at the time, but they were thus shelved.

In 2002, Frida returned to the studio to record the opera duet La Barcarolle with Filippa Giordano. This was only released on a special Japanese edition of Filippa's album Il Rosso Amore. She also recorded two songs with her Swiss friend Dan Daniell: the prayer Lieber Gott as well as a new version of I Have A Dream. These were released on a mail-order only single (with the proceeds going to a children's charity) and on Dan's album Liebe ist….

In 2004 Frida provided vocals for her personal friend and former Deep Purple member Jon Lord's song The Sun Will Shine Again for his album Beyond The Notes. Frida appeared on several German shows to promote the song with Jon (also performing In the Bleak Midwinter in Jon's Christmas Experiment medley). These marked Frida's first public appearances as an artist since releasing Djupa Andetag. Frida stated she would like to work with Jon Lord again, but he sadly passed away in 2012.

In 2005, Frida's albums Ensam, Something's Going On and Shine were remastered and released together with Djupa Andetag and a DVD in a box set. The DVD contained, among other things, a lengthy interview and previously unreleased TV appearances.

In 2010, Frida was a featured vocalist on guitarist Georg Wadnius' album Reconnection with the song Morning Has Broken. The song is a favourite of Frida's as it was played at her wedding to Ruzzo Reuss in 1992. In 2011, she participated in a radio play for BBC Radio 4, written and performed by UK comedian Christopher Green called Like An Angel Passing Through My Room.

In 2015, Frida once again collaborated with her friend Dan Daniell, and they recorded another song, 1865.

In 2018, Frida appeared on the album Ultimate Duets by Arturo Sandoval; she re-recorded Andante, Andante in Spanish.

Frida continues to maintain a public profile and is often pictured attending events such as the Polar Music Prize ceremony or premieres of Mamma Mia! around the world. She also continues her work with environmental and children's foundations. She lives in Switzerland, with her British partner Henry Smith, 5th Viscount of Hambleden. 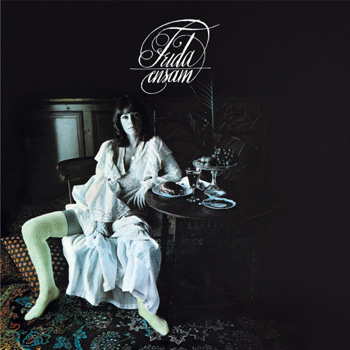 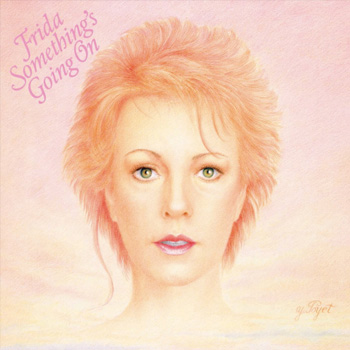 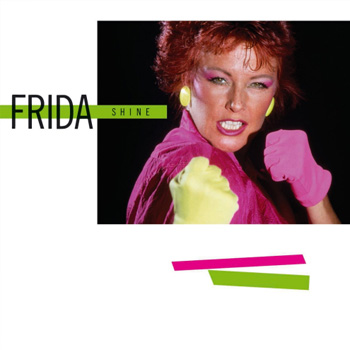 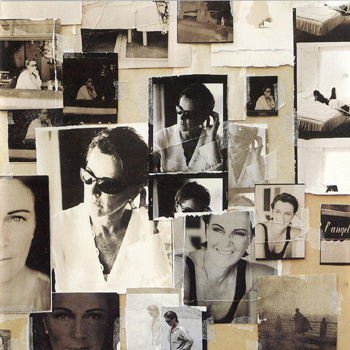